(Scottsdale, AZ) –July 2, 2012 – Valerie Thompson, owner/driver of the Valerie Thompson Racing Team, will be competing at the second running of the East Coast Timing Association’s Ohio Mile land speed racing event July 7-8 in Wilmington Ohio. The long-standing competition was moved from Maxton North Carolina to Wilmington for 2012. The event will be held at Airborne Park in southeast Wilmington, Ohio between Cincinnati and Columbus. 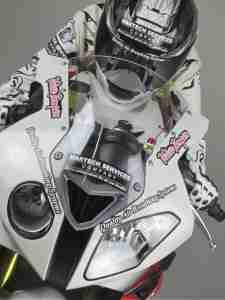 “The team can’t wait to compete at our first land speed racing event in Ohio, especially since it’s the home of two of our valued sponsors, CTEK Battery Chargers and JEGS. We will also be representing two new sponsors, Stay Fast Custom Clothing and AAMCO Transmission & Total Car Care. It takes great sponsors to fund great racing, so we are delighted to have their support,” said Thompson.