The Maxx2Racing Team does it again.

Why can this car beat the competition ‘hands down’ in a judged show, and yes, it is a “full bore race car”, not a trailer queen. With double the entries for the show over last year, this was a ‘must attend’ two (2) day event. This one was an ‘Entry Judged’ event, with the voting only by other entrants.

Many ‘Exhibitors’ spent quite a bit of time at the car, wanting to discuss the records the car set over the years, the car show awards won, the SEMA Show experiences with both cars, and look over the car before voting.

A group of entrants showed up Saturday around 1:00 in the afternoon, and a couple of them looked under the car. “Hey, you guys (Yes there were gals there also), look at this. The underneath looks as great as the car itself.” That sealed the deal for most of those who voted for the car over our main competition, a Hugger Orange ’78 Camaro drag race car. It was pretty, but the details weren’t as they should be.

A special ‘thank you’ to Jack Arries, a longtime friend and race car driver/owner for being at the show to spend countless hours talking to those fellow entrants and race/car show builders.

Thanks again a ‘Million’ to you, the sponsors on the car, and for our team efforts. Without your continuing support, we wouldn’t be at this point. Follow us on our newest Facebook Pages-

These pages are dedicated to our team cars-

USFRA Test and Tune July 9-13 at the Bonneville Salt Flats:

Next up for the ‘Bad Bird’should/could be the USFRA Test and Tune July 9-13 at the Bonneville Salt Flats. Is that a ‘yes’, ‘maybe’ answer? It takes dollars and multiple items for the car for events such as this. Our need list includes-

**Working with VP Fuel to see if they will supply a barrel of fuel. I believe Steve (Hodgeman) has a contact???

*Working with Goodyear and Hoosier on tires, and again, this is going slow. We need six (6) tires and wheels minimum, and would prefer eight (8).

*Spare Rear Gears, Axles, Trans. Yes, we have sponsors on the ’99 Firebird, but they may or may not commit to sponsoring these.

*Windshield. This was never properly cared for, is OK, but a new one is a must for the salt. If you have a contact on this, contact them.

Each of you have contacts who would like to see their company Logos/Decals on the car, and contacting them is only a phone call or email away. We ask that you contact any of your friends and associates in the industry to assist in this upcoming event.

The Royal Purple ’99 Firebird Pro Touring-LSR Carnears completion of its first of many transformations of what it was at last year’s SEMA Show. The final parts and pieces trickle in, with time spent on these final ‘details’. Once we are able to test the car for roadability, we will make adjustments for those, and then bring it up to full speed, including various racing events and car shows.

Richard and Judy
The Maxx2Racing Team 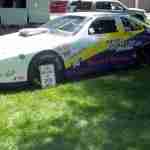 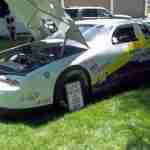 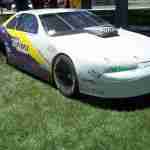 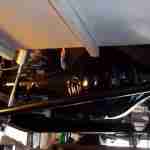 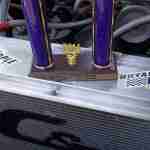