How many cars can make a statement like the following-

“Seven Land Speed National Records, and so awesome looking, the car wins its class at a Concours Show”? Hard to find these days.

Many thanks to Rob O’Neill and the staff at the show, who made the decision to place the car in the main entrance to the show itself, something we are extremely proud of, as the car is not only fast, but great looking (See the 3 pics attached). The judges crawled all over and under the car, and couldn’t believe that we actually raced the car. They asked many questions and the team all answered the same with “The car is fully maintained at all times, as it must be safe first, beautiful second”.

At the conclusion of the show, Rob invited us back for next year’s show, with the statement “You have this space from this time forward, and should you bring both cars next year, you will have both locations at this entrance”.

A very special thanks to Ric Donofrio, Bob Lucas, and James Macpherson for making the show a success. Without their continuing support, we wouldn’t be a team of note in the Land Speed Racing world.

Follow us on our websites, social media sites, auto related sites, and stay tuned for our special announcements on WorldNewsVine, where The Maxx2Racing Team is featured worldwide.

The announcement is also posted on WorldNewsVine-

Posted the official announcement to the Maxx2Racing page on Facebook.

Posted all 3 pictures and the official announcement to the Maxx2Racing page on Facebook.

This is a trend? 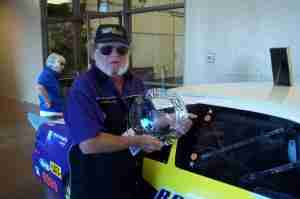 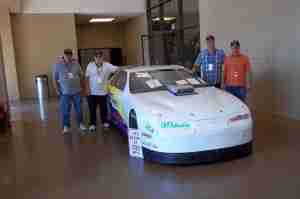 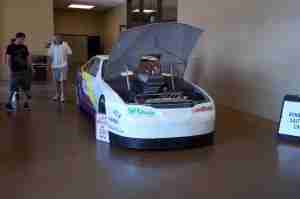